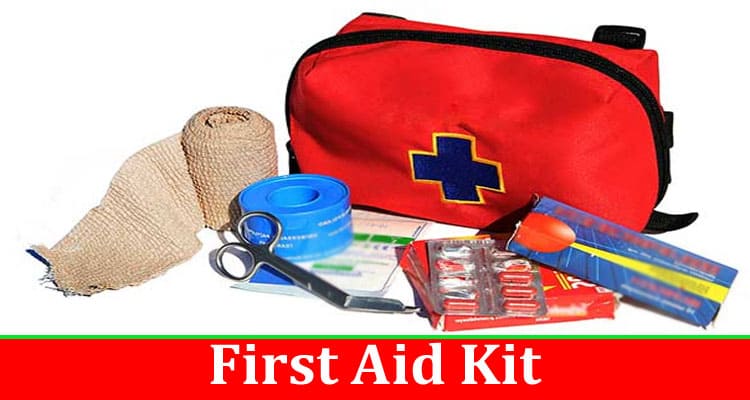 Any medical kit worth its value will carry a piece of medical tape regardless of brand or size. The medical tape has been a staple for emergency and post-trauma care since placing a piece of cloth over an open wound to stop a hemorrhaging artery or even a knee scrape. The history of medical tape is long, and different cultures have applied some form of cover over a wound.

The adhesive tape is used for holding wounds closed, pressing gauze against the skin, protecting wounds, and in an emergency situation, can be used to keep ice bags or medicated button clothes in place. The appearance of Kinesiology Tape and other kinesiology treatment tools also work to make sure injuries are protected, and blood is reaching injuries by fighting off the accumulation of fluids and allowing oxygen to reach the wound.

Leaves, coffee ground-based cloth covers, and ripped strips of clothing. Several things have been used throughout history. Dressing wraps, vines, and other substantial articles would put pressure on an injury, sometimes causing the area to turn purple from lack of oxygen. These items have been used in the medical field, and in emergency circumstances, these items can still be used in a pinch. The most versatile tool in the medical kit is usually found in all modern medical kits. It seems counterintuitive to believe that medical tape is the most valuable first aid kit item.

The primary use of medical tape has been holding things in place for medical issues. Medical tape saw its first use replacing tree sap and other substances that were used to hold gauze and other materials in place against the body.

More importantly, it made the removal of the tape much easier as previously strong adhesives used to glue bandages against the skin could irritate or even pull apart a stitch, causing reinjury. Fortunately, chemistry and medical treatments have seen the light and created a versatile solution through medical tape.

What did humankind use before the invention of adhesive tape? Several substances were used depending on the culture and where in the world you look throughout history. In 4000 b.c, earthenware pots were fixed with the use of tree sap as adhesive. Then recordings of adhesives derived from the preparation of fish date back to 2000 BC.

Egyptian hieroglyphics suggest they made glue derived from animals for bonding and laminating. Romans and Greeks made several types of adhesives from several materials, blood, bones, egg whites, made milk, and even vegetable waste. At the same time, several of these adhesives were used to protect art and other structures.

China, in 906 BC, used to fix ox and stag horns for making adhesives. Yet it was a general consensus that the best was made from the sturgeon, and it was called isinglass. The first commercial patent for adhesive glue was filed in Britain in 1750 and led the first commercial glue factory to open in Holland.

Early Man Made Adhesive from:

Medical Tape: From Construction to Medicine

Modern adhesive tape, or at least its precursor, first appeared in 1845 and was created by Dr. Horace Day, a surgeon that used a rubber adhesive. The sticky liquid was applied to lengths or strips of fabric. The new invention at the time was called Surgical Tape. In 1921 Earle Dickson, a buyer for Johnson and Johnson created the bandaid.

In 1923 Richard Drew moved to St.Paul, Minnesota, to join the 3M Company. During this time, 3M was focused on making sandpaper and little else. While product testing several combinations of Wet/Dry sandpaper, Richard noticed that the painters had difficulty separating the dividing lines between two colors. Richard Drew was inspired to create the world’s first masking tape in 1925. The use of the simple to-remove tape was the answer to the painter’s problem.

Duct tape was created in 1948 by Johnson and Johnson during WW II. The troops were having difficulties sealing and repairing equipment that would find itself water-damaged due to the weather conditions in the pacific. The troops needed waterproof tape to seal the damage, and soon a cloth tape was coated with Polyethylene, and Duct Tape was born.

Several formulations and patented formulas would eventually lead to the creation of the modern medical tape. Surgical tape is the adhesive that would start the revolution in the medical field.

Medical Tape: How Is It Used?

The premise of using medical tape seems simple enough. Cut a length of tape to hold it in place, then remove or let it fall off on its own. And yes, applying gauze to a wound can be that simple. Yet some steps can be taken to ensure proper application. Before applying, check skin sensitivity and allergies, and prepare the skin for application.

With the wide range of medical tapes on the market, it is essential to figure out which tape to use to avoid causing skin irritation. Take time to explore the options available, and it is recommended to choose a tape that is breathable so that sweat and moisture do not become trapped between the tape and the skin. Two types of tape are usually available to hold gauze, paper tape, which is gentle, and adhesive is a medium or light hold. The other option is a transparent tape called Tegaderm transparent dressing, which is light but very strong.

Two main factors to consider when checking for allergies are adhesive and latex. The most accessible component to check for is latex since most packaging will inform the consumer what the tape is made of. If a latex-free tape is still causing an allergic reaction, the individual should try to use hypoallergenic tape.

Once that is taken care of, and there is still an allergic reaction, the body is probably reacting to the adhesive in the tape. It is recommended to use silicone-based adhesive tapes.

It is a common misconception that applying tape is simply cut and paste. You are prepping the wound and the skin around the injury.

K-Tape, Kinesiology, and How It Differs From Surgical Tape

In the 1970s, medical tape evolved once again. The athletic, medical field required a tape that could help athletes train while recovering from injury. Japanese Chiropractic doctor Kenzo Kase created the Kinesiology sports tape, or k-tape for short. The elastic tape is a combination of cotton fibers for breathability, nylon polymer for elasticity, and medicated non-steroidal adhesive became a powerful weapon in the fight against benched athletes.

The main difference between medical tape and k-tape is the composition of the tape. The elastic nature of k-tape does not allow it to hold wounds closed, and the adhesive itself is more robust and usually contains a non-steroidal component to its makeup.

The colorful tape made a splash appearance in the 2012 London Olympics, where high endurance athletes and others were adorned with the tape. Several athletes claimed the tape avoided injury, while others used it to help smooth pain away as they participated in their sport.

This tape works by promoting blood flow to injured areas. Primarily, it fights inflammation so the athlete can still engage in their sport without worrying about reinjury. The tape works similarly to medical tape. Yet specialized cuts are used, and the tape itself needs to be rubbed upon application to activate its strong adhesive. The adhesive on the tape is powerful and is created to last up to five days, pressed against the body.

K-tape is not surgical tape and is not designed to be used as such. In fact, the strong adhesive could make the injury worse, as when trying to remove it could cause a rip in a stitch or pull open an already closed wound.

Medical tape has been a part of modern medicine for a long time and has become a staple of after-surgery care. Make sure it is included in your prep kit and comes with your medical kit when you purchase it.

Also Read: Meditation Tips That Will Help Out the Gen Z